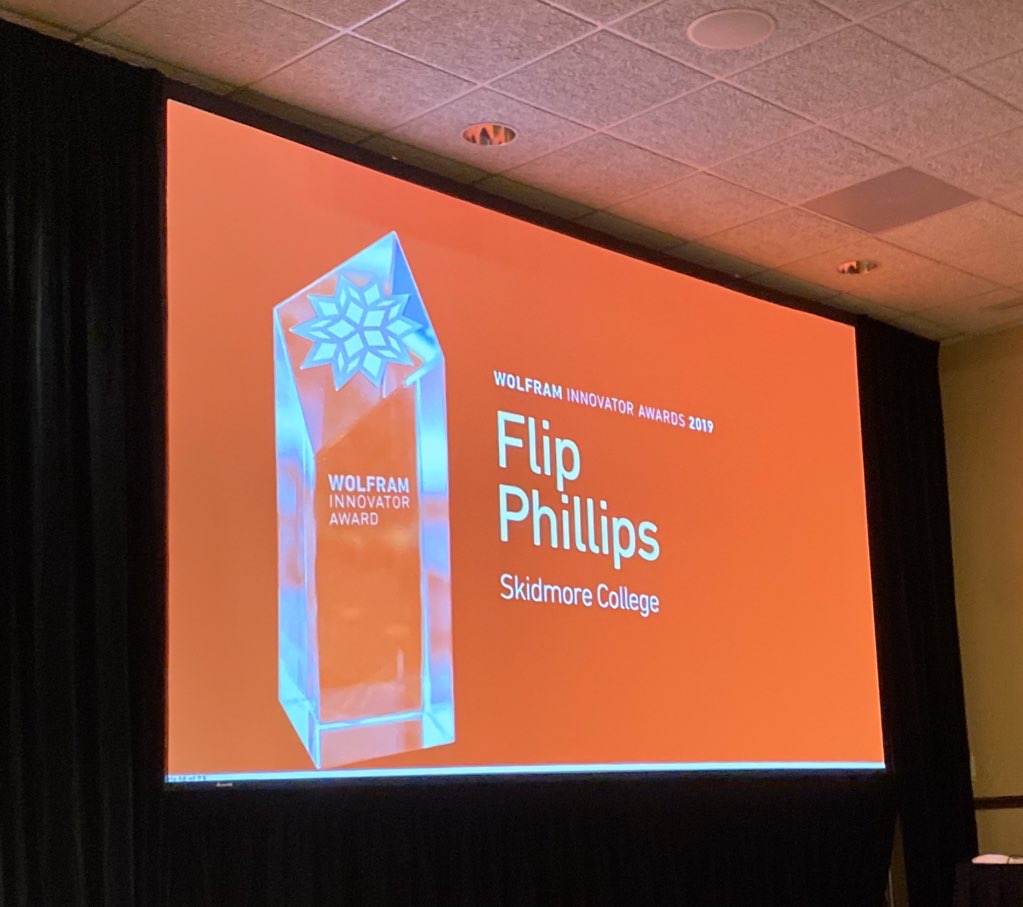 A visit to Champaign, a return flight with a ‘possible weapon’.

I went to the 2019 Wolfram Technical Conference last week in snowy Champaign Illinois. I gave a talk on some stuff we were doing in our classes that used the Wolfram Language, some Arduino hardware, some big data from fruits. It was fun – though I had the dreaded last talk on the last day, so a big thanks to the folks who stuck around.

It was during happy hour, so I thought I should maybe have bought everyone drinks?

I got to co-MC the Live Coding Championship —

which, if you’re clever and bored enough, you can find on Twitch somewhere. I made a ‘waning gibbous’ joke that I probably should take back. Gerli dominated #girlswhocode, it was really great fun.

I also, a little unexpectedly, was the recipient of a Wolfram Innovation Award —

which was super nice and a great honor. I now have one ‘moment of prestige’ in common with Nassim Nicholas Taleb. That and, on my deathbed, I will receive total consciousness.

So I got that goin’ for me, which is nice.

On the way through TSA at the Champaign-Urbana airport (Sign: “TSA is out, but will be back at 9:00AM”), my bags were searched because of ‘something dangerous’ — AKA the award. The agent congratulated me though, making the dirty-underwear and t-shirt dishevelment of my bags a little more bearable.

On that fight, I sat next to wheelchair racer Jenna Fesemyer, a fellow Ohioan, who was on her way to the NYC Marathon (where she placed 4th/7th in US/Internationally!). I bothered her with endless conversation about bike technology. She humored me, which was also nice.

All in all, and despite all the ‘stuff’ I had to do, it was really a lot of fun and I came back not so much tired1 I did have to chainsaw up a big ol’ tree that fell down in the wind. So that was more tiring. But — I’m a recreational lumberjack now. but rejuvenated and inspired.