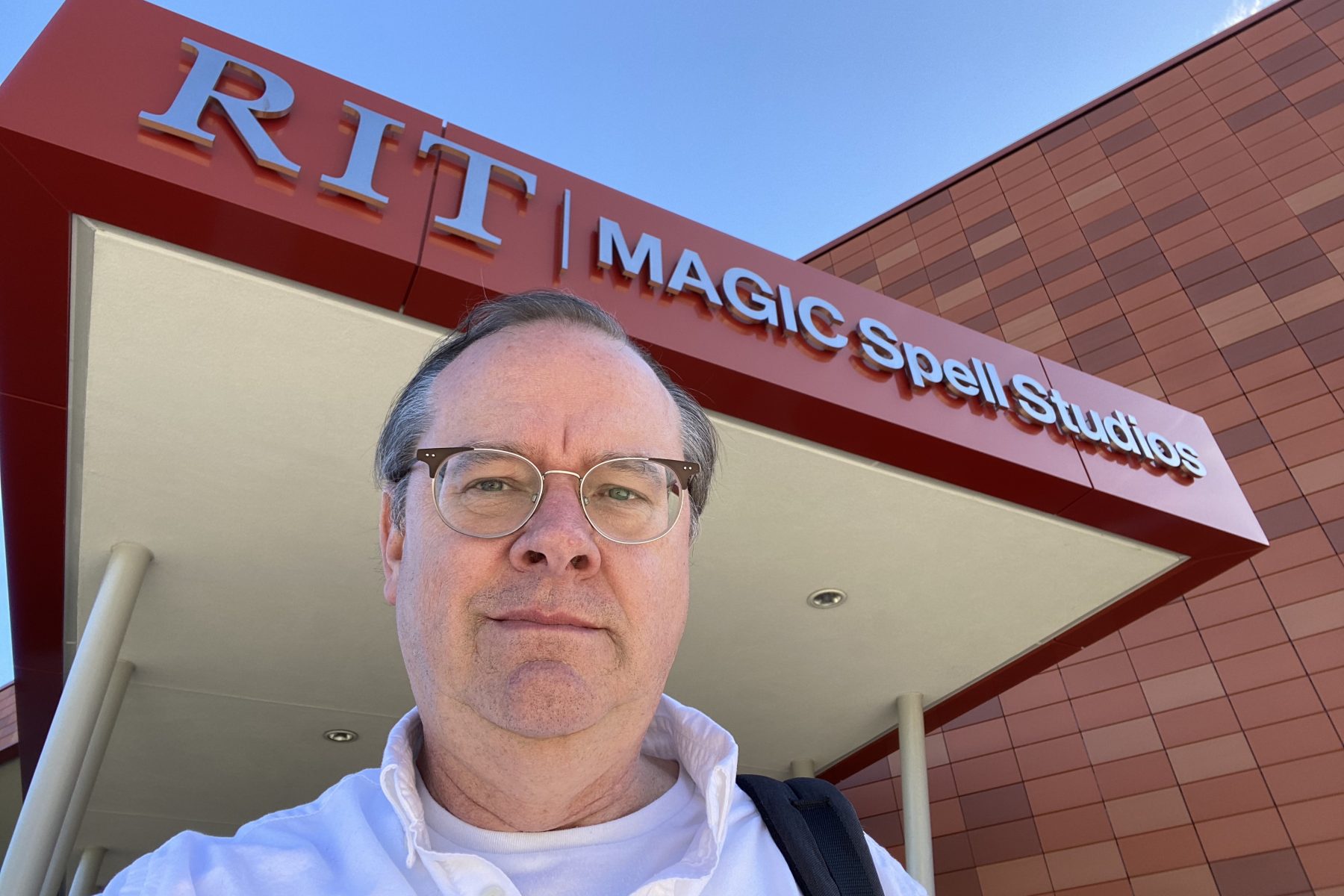 Time for a change of venue.

A long time ago I left Pixar and went back to graduate school because I was interested in understanding more about the creative stuff we did — How the tools facilitated, constrained, and otherwise ‘stereotyped’ what was created.

I got in at the two places I applied — OSU, back in the Architecture and City Planning department of my undergraduate misadventures, and MIT in the Media Lab. After a whole bunch of soul searching, I ended up back at Ohio State1The fact that the grad student stipend was the same in Cambridge Mass and Columbus Ohio had a little bit to do with it, but it was more complicated of a decision than that. While I was there, I met a guy in an early morning27:30AM. Breakfast with Lester Krueger. vision science class, Vic Perotti3Who, with amazing coincidence, is presently on the faculty at RIT, who was doing vision research — using computer graphics! He introduced me to his advisor, Jim Todd, and I abandoned architecture school a second time for the siren call of the pixel.

I’ve spent the past 21 years in Saratoga Springs — just a beautiful place — studying and doing a lot of teaching about human perception, mostly vision. Skidmore has been a great place to be faculty. My niggles are trivial and my complaints few. I have great colleagues, made a few friends, and taught some great students. My family loves it here too.

After an extended courtship, RIT won me over with the opportunity to research and teach the shiny things that distracted me away from Pixar in the first place. I will be a ‘Professor of Motion Picture Science’4Now that is a $5 title! I’ll take it.at the newly established MAGIC center.

Thirty years ago, the opportunity to do this sort of stuff in an academic setting was pretty limited. In grad school I did a little work at ACCAD which was what the Computer Graphics Research Group5Where I spent the last 2+ years of my undergraduate years. had transmogrified into as Chuck Csuri retired. This was a time of great growth and hiring in the graphics and entertainment universe. Almost every graduate program on earth had to bend itself to the pragmatics of training folks for that scene. I’m OK with training, but I prefer teaching. I like learning but prefer researching. That’s why my time at Skidmore doing basic vision research was so rewarding.

Now I get to teach and research what I really wanted to do a few decades back. I get to do it in an exciting new center focused on real interdisciplinarity, along side a whole armada of similarly-disposed colleagues and students — Old friends from grad school, new friends from my sabbatical a few years back, a Skidmore parent who helped convince me to come visit RIT in the first place, and a student from my lab who ended up at RIT and is now professing himself.